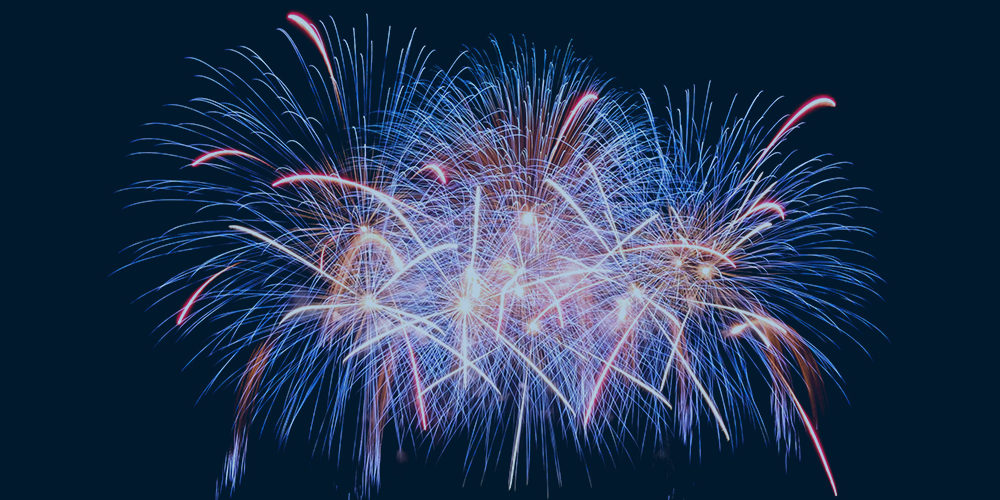 Every year I find it super interesting to go back through an entire year’s worth of work to see what our team has accomplished, as you tend to forget some pretty big achievements as the year has gone on. It’s a great reminder of what you can get done in a year, along with seeing whether your longer term goals were realized or reinvented.

2016 saw a fair bit of growth and expansion for the SkyVerge team as a whole across all of our divisions. We added 4 team members in 2016, and we’re about to add 3 more (2 developers [Rails devs, this way!] and a product marketing manager, stay tuned

On a holistic view, we’ve improved our organizational structure and processes so our teams can function more independently without as much oversight from Justin and myself, while also improving the benefits and tools our team has available to enjoy what they’re doing each day.

Despite being involved in a few different spaces and types of products, we’ve worked to build a cohesive, unified team whose values are consistent, regardless of whether they write software in PHP or Ruby, work with WooCommerce or Shopify, or work on development, customer support, or management.

We enjoyed meeting up at our first SkyTrip early in the year, which was the first time many of us had met face-to-face. As you can likely imagine, gallons of coffee were consumed and we had fun goofing off in Disney World, which was a unique experience for many of our international team members.

A large part of what we do at SkyVerge is work every single day with WooCommerce. This is our largest division, and our team maintains almost 70 plugins for WooCommerce, including developing new plugins, adding features, patching issues, and working on technical support.

Beka has taken over a larger role in managing our projects and roadmaps for the WooCommerce team, and we had a few major focuses for 2016 that we made progress towards:

On this blog, we published 61 posts in 2016. While some of these posts are product announcements, a large number of them are tutorials for power users and developers on working with WordPress, WooCommerce, or our extensions.

For a more merchant-specific take, we also published 153 posts on Sell with WP on eCommerce as a whole, WooCommerce, membership sites, Easy Digital Downloads, and other WordPress-specific eCommerce tips and tricks. We also started doing interviews with eCommerce developers and merchants that we post monthly to show you how others in the eCommerce space work on their businesses.

We started a resource for customizations as well: our snippet repository. While we can’t realistically provide assistance with custom snippets via the support help desk, sharing code that’s already written can be a great way for others to use work that’s already done, or for developers to see examples they can work from.

An initiative led by Tam (and whose personal collection gave us a pretty large jumpstart!), our snippet repo has a large collection of sample code we’ve written as form examples, functional changes, or for tutorials on our blog.

Our WooCommerce team attended the second WooConf in Austin, TX in 2016, which was a fantastic event. We got to spend time meeting merchants, Woo ninjas, and other developers, enjoyed some face time with our friends at Prospress, and met a lot of new companies looking to get into the WooCommerce space.

We put a large focus on updating some of our old codebases in 2016, but we still had a few new plugins released, and have more in progress for the coming year.

For 2017, we have some Memberships add-on plugins we’re working on, along with some connector plugins for third-party services we’re looking forward to launching.

We’ve built over 2 dozen payment gateway integrations at SkyVerge, most of which are available for sale as commercial plugins. We take a lot of pride in building gateways that fit right into order fulfillment workflows, and this year Chase took over much of the responsibility for maintaining payment gateways from me.

He’s done a great job in making incremental improvements to several payment gateways, along with launching and maintaining some rewrites for others such as First Data, Paytrail, and Elavon (and Intuit Payments coming soon!).

Lots of updates for other gateways have also been launched, such as support for enhanced mobile checkout forms and the ability to force payment captures for virtual orders (coming to many other gateways early this year). We’ve also incrementally been adding refund support and other improvements to existing gateways (like Chase Paymentech) and adding support for javascript / “Client-side direct” tokenization when available (like Accept.js for Authorize.Net).

We plan to continue doing refactors and rewrites for other gateways to ensure they’re all running on up-to-date codebases and will implement as many features as possible from our plugin framework.

As I mentioned previously, updating old codebases for improved structure, features, and extensibility was a big focus for us this year. Aside from feature releases, we refactored 7 non-gateway plugins, and we have rewrites for PDF Product Vouchers and Local Pickup Plus almost done.

We plan to continue updating a lot of plugin codebases in 2017 to modernize more plugins. Developers and merchants, now is your chance to share feedback! Which projects have been tough for you to accomplish or what have you wished some of these plugins did? We’re always happy to hear from you, so contact us.

Speaking of refactors, Memberships has been no different than other plugins. We shipped a WooCommerce compatibility release along with version 1.6 (focused on member import / export) and version 1.7 (a boatload of features around how access is granted) in 2016, but these releases had a ton going on under the hood.

Fulvio has done a great job with taking the lead with Memberships, and after a year of support and updates, we’ve learned a lot more about what site owners want out of the plugin. It was sort of an iceberg year for the codebase, where tons of improvements were made under-the-hood.

We’ve done a fair bit of refactoring over the last couple releases to ensure Memberships remains maintainable, and these have also paved the way for some exciting changes and add-ons in 2017.

Our ShopStorm division works primarily with our Shopify apps and custom development for Shopify merchants. We drastically expanded the team over the past year, launched a new app, launched a huge app update, and acquired another app.

Emily joined SkyVerge to manage this team, and had led the way with app updates, product roadmaps, partnerships, and launching professional services as an offering. We brought Ryan on to manage customer service and documentation, which has resulted in even more positive reviews across the board.

Early in 2016, we released what was basically a rewrite to our Product Customizer app. This is one of the most highly-rated apps in the app store, and we launched version 2.0, which embedded the app in the Shopify dashboard, along with adding several features, such as:

We’ve made a lot of internal improvements throughout the year as well, such as automating theme installations, and improving the way we handle Shopify product fields behind the scenes. Hannes has been doubling down on internal improvement for Product Customizer, and within a year, has managed to pretty much eliminate the technical debt we’d had from migrating to a newer codebase so we can move forward with even more improvements.

We launched Shipping Bar, which will be out of the beta period soon, as a freemium app to let merchants display announcements or free shipping notices throughout their store.

We also had our first acqui-hire to bring Lucas on board late in the year, along with his Wishl Wishlist app for Shopify to let customers add products to wishlists and manage them on the site.

We’ll be continuing to make incremental improvements to our other apps in 2017, along with building a paid plan for Shipping Bar and continuing work on new apps and custom projects.

Our Jilt app made a lot of strides forward in 2016, and we’re really excited to continue making progress in 2017.

Jilt helps eCommerce merchants recovery lost sales due to cart abandonment; it tracks all of your abandoned orders, trying to grab email addresses for them where possible. If Jilt can successfully grab an email, it will send recovery emails to your customers to encourage them to complete their purchase.

We’d previously only had the app available for Shopify stores, but in 2016 we:

(You can read more about using Jilt with WordPress here.)

We’re ramping Jilt development up even more in 2017 by adding new team members and making a lot of improvements to how you create and edit emails, adding automated discount generation, and the ability to send different campaigns to customer segments for recovery emails.

Across the board, I’m extremely proud of what our team has been able to accomplish. Our company is united by our goal to empower merchants by giving them eCommerce tools they can depend on to improve their businesses; we do that across the board with a variety of platforms and types of tools.

This year, we’ll be continuing work on upgrading our WooCommerce codebases with rewrites and new features, adding new plugins and some Memberships add-ons (group membership-seekers, we have heard you!), and working on making our plugins even easier to set up while also improving support for non-English-speaking merchants.

Our ShopStorm team is ramping up with new apps and professional services, and we’ll be expanding further with both our products and custom development to expand what merchants are doing with Shopify.

Finally, Jilt’s expansion into WordPress eCommerce has been very exciting for our team, and we’ll be growing our team to continue working on Jilt and its integration plugins to provide the best cart abandonment solution available.

Thanks to team SkyVerge for a wonderful 2016, and I couldn’t be happier going to work with our team every day.