Most of team SkyVerge spent the past week at the first WooCommerce Conference in San Francisco. It was a spectacular week of team fun and learning, and we capped it off with Max and Justin’s first conference presentation.

It was great to meet up with some friends we’ve met only online and to see some familiar faces. We met some WooCommerce store owners as well, such as Bradley at Copper Pan Jams (the kiwi jam is to die for; Justin has eaten it by the spoonful). With such a great mix of developers and store owners, WooConf 2014 provided a good combination of presentations on improving both WooCommerce and the stores powered by it.

WooCommerce deserves a huge shoutout for putting on a great event, and there were some magnificent speakers. One of our favorites was Chris Lema’s talk on building an eCommerce / membership site with Sensei. However, the larger focus is that you don’t want just a website; you want a platform — a site that can grow as your needs change. For that, you need WooCommerce. 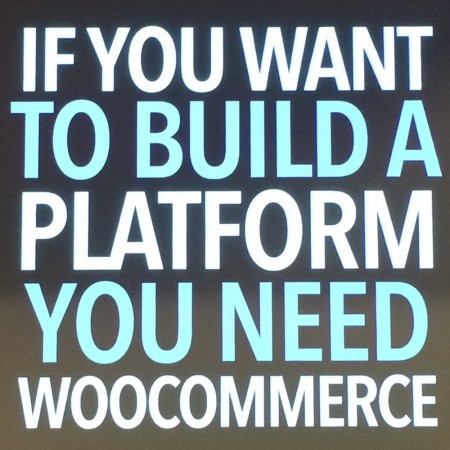 You can check out a recap of Chris’s talk on his blog.

We were also looking forward to the State of the Woo talk from Co-founder Mark Forrester. WooCommerce has expanded to almost 18% of all eCommerce sites, and the Woo crew has doubled in size since we last met up with them in person. The growth of WooCommerce over the past year has been intense, and we also got a sneak peak at what’s to come. 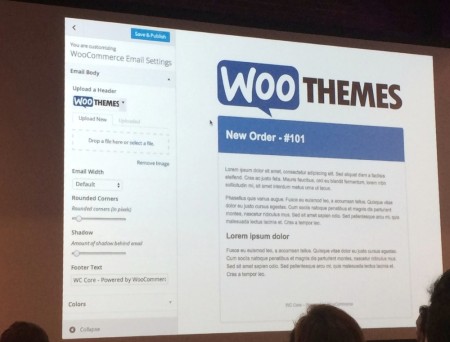 Email improvements, as well as better unit testing coverage for a more stable WooCommerce, will be highlights of version 2.3.

We may be a bit biased, but we were also looking forward to Max and Justin’s presentation with Brent Shepherd of Prospress (you can read up on their conference recap here). They were all a bit nervous about presenting on a topic with loads of information to cover – do they look it? 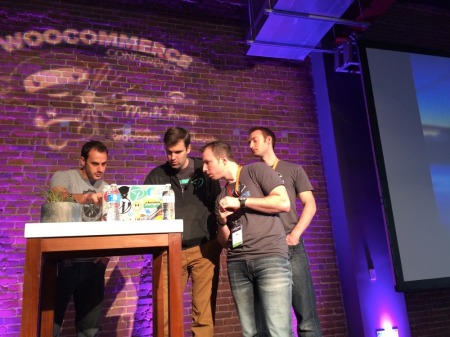 The guys passed the talk back and forth to talk about the entire plugin development process: 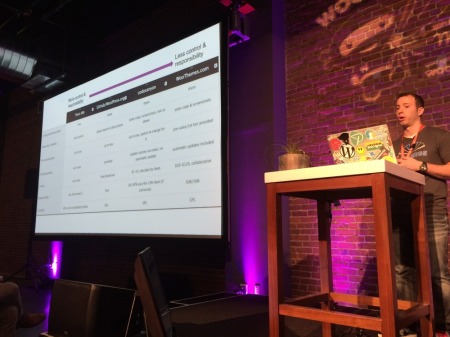 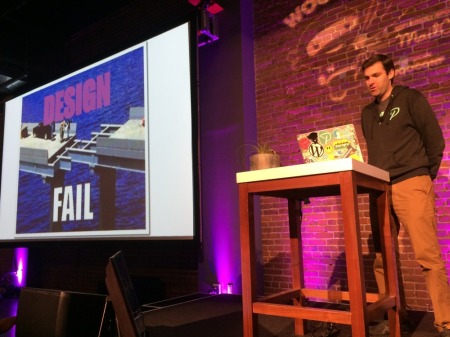 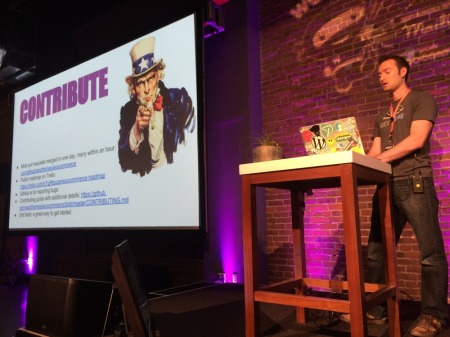 It was an ambitious amount of content, and gave an overview of building out a WooCommerce extension from ideas to execution and final product. You can check out the slides as well.

Aside from time spent at the conference, we also had some team fun 🙂 . The team at Prospress gave us some great insider tips on visiting San Francisco and pointed out landmarks such as the Twitter headquarters: 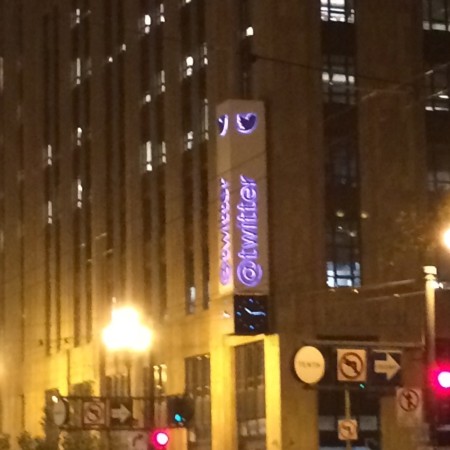 We explored the city, visited landmarks like Alcatraz, and celebrated Tam’s birthday on Halloween.

The speakers’ gifts were also very cool – check out the photo of the WooNinja Chuck Taylors above 😉 .

Finally, we met up with some great new people, like Brian Richards from WPSessions, which is an awesome site for learning about WordPress development and site management. You can even learn about unit testing for free and start contributing to WooCommerce 2.3 (or become a VIP and get access to the upcoming course on unit tests).

We got to meet up with several new WooNinjas and spend time together outside of answering support tickets 🙂 . We were also able to share dinners with friends like Daniel Espinoza and to spend more time together as a team. Slack is fantastic for keeping in touch, but there’s no substitute for meeting up in person.

We’re already planning on attending the next WooConf and looking forward to it. To those of you that we met up with, it was a pleasure (from the whole team!). Thanks again to WooCommerce and all conference sponsors for a wonderful event!