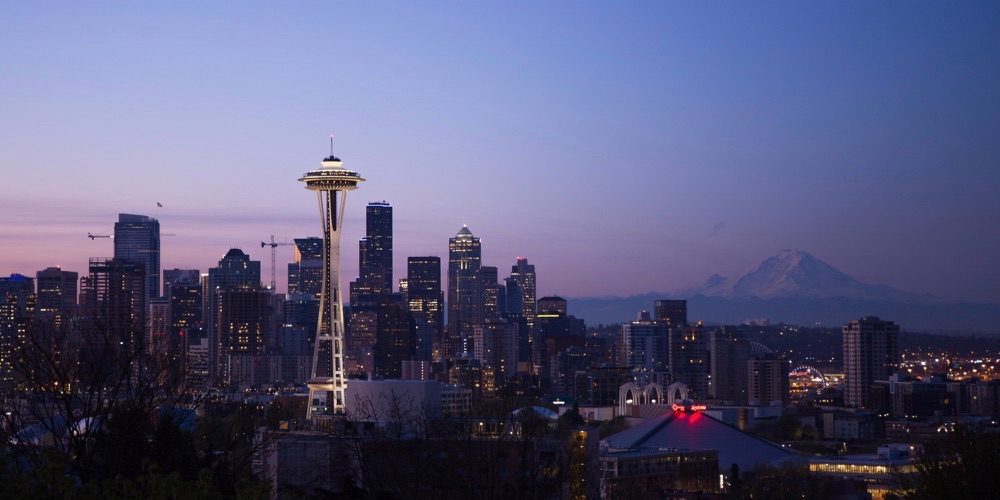 We’re a few weeks past WooConf, but better late than never I suppose 🙂 I wanted to share some of the things our team was up to recently at WooConf, along with the planning that went into this as our first major sponsorship for an event.

Since giving back is a big focus for us, most sponsorships we’ve done thus far have been small in scale, mostly to support a local event or WordCamp. For WooConf, we wanted to raise brand awareness around Jilt as well as meet developers using our software, so we went in for a larger sponsorship, which meant setting up a sponsor booth and swag.

We also had a much larger turn-out for our team this year, with half of our team (10 people) to bring into town for the event.

So let’s start with the planning phase — if you’re a solo developer or small agency, this probably isn’t too much of a concern for you. We’ve found that as we’ve grown, travel plans have gone from fun to painful. Thankfully, Catherine came on board a few months ago as our chief of staff, so this sort of thing is in her ballpark these days 😉

We found a few things helpful while planning this year’s WooConf trip: 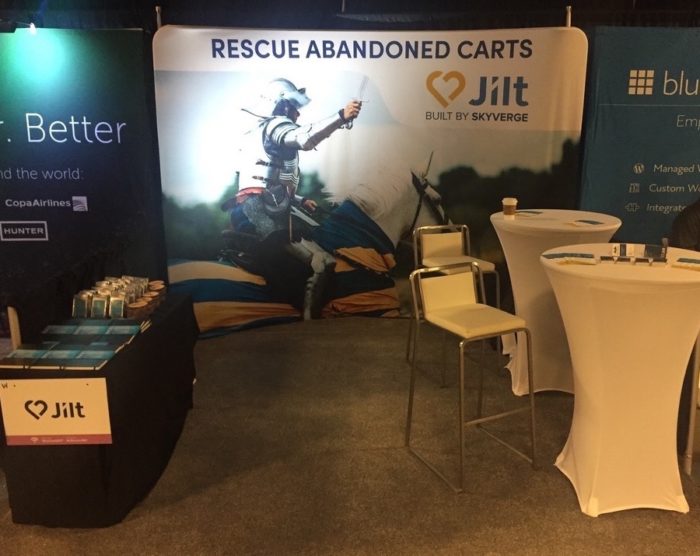 The only thing I wished we’d thought of: our super-partners for WooCommerce AvaTax, Avalara, had a hand-steamer for their backdrop so it looked pristine — this is something we’ll grab for next time.

Now we were ready to go! 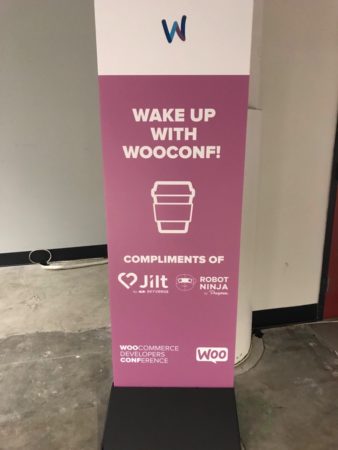 In addition to a general sponsorship, we wanted to be sure we also sponsored one of the most important parts of the conference: morning coffee. We co-sponsored a barista for the morning with Prospress to star the day off right. Definitely a good choice.

Keeping with the coffee theme, we also included small bags of Counter Culture Coffee as our swag, which was a big hit. We <3 Counter Culture as WooCommerce merchants who use some of our plugins, and they make delicious, clean-tasting roasts. And of course, with mainly developers attending the conference, having as much coffee as possible was a necessity.

Throughout the day, our team attended some excellent keynote talks, met up with agencies, partners, and other developers, and mostly tried to stay out of the rain.

Our biggest part of day 1 was an unofficial “after happy hour” party we co-hosted with Prospress. We started the evening off post-conference with a combined team dinner: 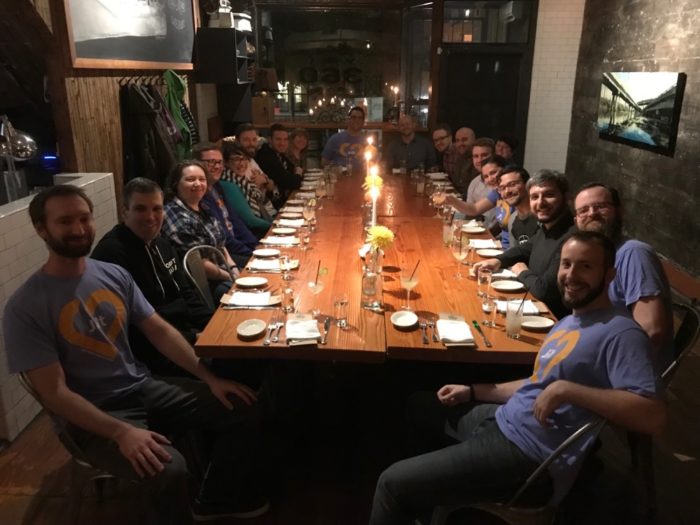 Followed by drinks and snacks at a local event space. As an icebreaker, we decided to have ridiculous props available for fun photos, including hats, oversized glasses, and mouth coasters (which is now a thing I know of, and I’m not sure if it’s good or bad). 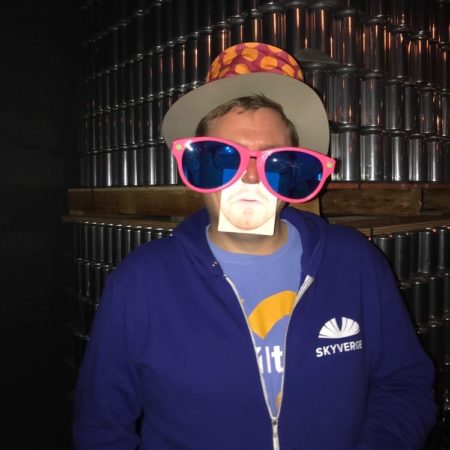 Ian has mastered the art of the mouth coaster

We kicked off day two with a keynote from our very own Head of Product, Beka. (You can see videos of keynote talks and check out her slides here.) 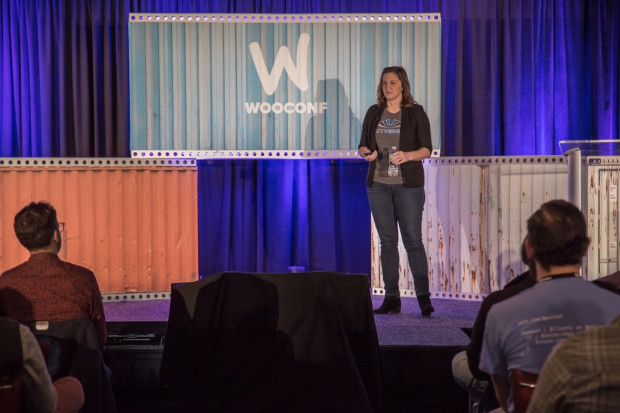 She covered why open source eCommerce is a powerful choice for merchants, and some of the pros and cons of using an open platform like WooCommerce vs hosted, proprietary systems.

Photo Credit: Thank you to Heather at ImageThink.net for illustrating each talk!

Much of the rest of my Day 2 was spent talking to developers about Jilt and our partner program, so I’m looking forward to checking out videos of the remaining talks.

While spending a lot of time in our exhibit booth, I did notice a few things we could have done much better:

Finally, to cap off the day, we went to the PayPal after party, and got a chance to catch up with some Woo-team friends. For the after-after party, Fulvio was kind enough to share his birthday gift with our team in the hotel bar: 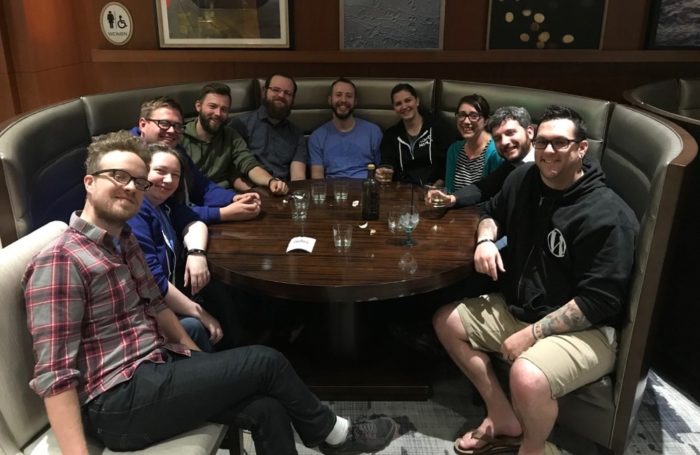 We got a lot of great team bonding time at WooConf, and really enjoyed catching up with other developers and agencies who work in the WooCommerce space. Some of my highlights at the event:

And some important learnings as well: